Explosion in Davao left 14 killed and more than 60 wounded

DAVAO CITY, Philippines – A powerful blast ripped through a crowded public market in this city before midnight last night, killing 14 people instantly and leaving more than 60 others wounded.

The blast occurred in the massage area of the popular Roxas night market, which was packed with people relaxing at the end of the workweek in bars, massage parlors and roadside food stalls. Vice Mayor Paolo Duterte, who is acting mayor in lieu of his sister Sara, ordered establishments in the market temporarily shuttered as the area was cordoned off by police and a lockdown was ordered in the city. The blast occurred while President Duterte is at his home in this city.

Authorities still have to establish if the explosion was caused by an improvised explosive device or by a liquefied petroleum gas tank.

Witnesses said they heard a loud explosion and saw smoke. A masseuse said the blast appeared to have come from a chair. 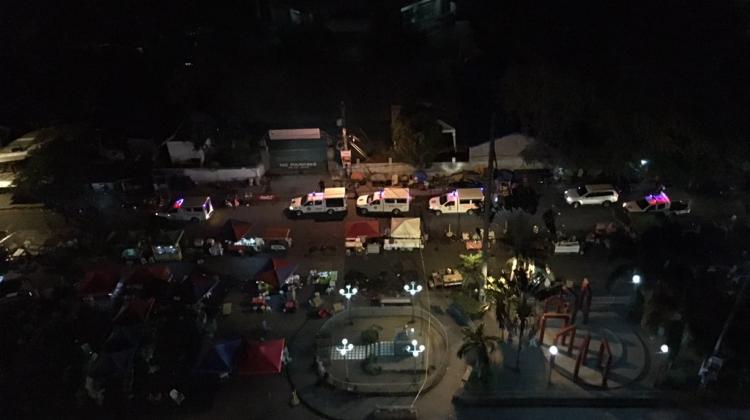 You may read also the list of names who injured and died.

The Davao Police Regional Office chief said up to 12 people might have been killed in the blast.

The wounded were rushed to different hospitals, with many brought to the Southern Philippines Medical Center.